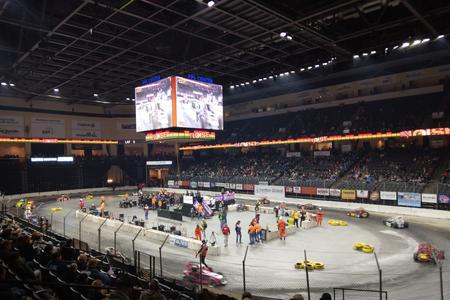 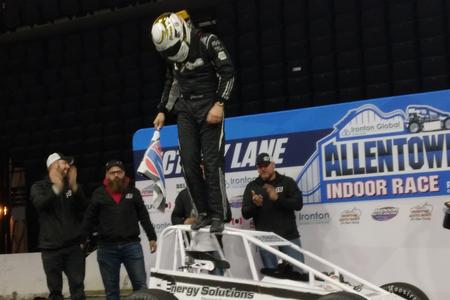 It didn't take Ryan Flores long to find the front of the field in Saturday's TQ midget 40-lap feature at Allentown's PPL Center.

Flores started fifth and used the outside lane to grab the lead on lap 5. ARCA driver Andy Jankowiak was able to slip around pole-sitter Anthony Sesely to take second.

From there on out, it was all Flores and Jankowiak throughout the event. Jankowiak was able to keep pace with Flores on the short runs, but the No. 15 was able to slowly pull away once the run got going.

The Indoor Auto Racing Series returned to Allentown after a two-year hiatus and the two-night event returned to the PPL Center.

Matt Janisch finished third in the 40-lap A-main. Billy Pauch Jr. ran third late until going around with six laps to go, but rebounded for a ninth-place run.

Next up for the Indoor Auto Racing Series will be the Gambler's Classic at the end of January at Boardwalk Hall in Atlantic City, New Jersey.